When you just want to be reached but not bothered.

When Nokia revealed an updated version of its legendary 3310 handset in 2017, people went crazy with nostalgia. Following its success HMD Global, the company which purchased the rights to the Nokia brand name has been releasing a stream of rebooted versions of old classic phones to the market.

This time its the Nokia 6310’s turn for a reincarnation.

The Nokia 6310 first debuted in 2001 and was one of the most popular phones because of its noticeably slim frame. The new version, released to mark its 20th anniversary comes with a larger screen, larger buttons, but the same lengthy battery life and sturdy body.

These reboots always get me excited because it brings me back to a simpler time when you could only either text or call someone. No sending nasty pictures, annoying gifs, no deleting messages, and no screen capturing for proof, evidence or even blackmail.

The pandemic might have kept us in physical isolation the past two years but because of our smartphones we were really never disconnected. These days when everyone is trying to go back to normal we’ve become even more connected–almost 24/7 to the internet and exposed to its toxicity.

If you are like me whose work requires being online most of the day, I know there are times when you just don’t want to reply to Viber messages and emails, and stay away from social media.

On multiple occasions, the thought of cutting all my ties with a smartphone has often crossed my mind. But going old school and switching back to a feature phone entirely is almost impossible—but it could be a weekend option–or maybe even for those short trips.

And that is exactly what I did several weekends ago, removing my main sim from my smartphone and transfering it to the Nokia 6310.

How was my experience? Did I have panic and FOMO attacks when I didn’t hear the familiar “ding” or the messenger notification? Did I miss those gyrating dance moves on TikTok and the humblebrags on IG?

According to a company spokesperson, the new 6310 is ‘the perfect tonic’ for those yearning for nostalgia and has been ‘refreshed and reinvented,’ to match modern needs.

Before everything else lets unbox the Nokia 6310. It came in a transparent box similar to those Funko Pop protectors, but with two compartments, the top part shows you the 6310 unit while the bottom is more reminiscent of your phone box which contains the accessories.

The package contains a micro-USB charger, a pair of earphones and the battery. Yup a removable battery. Considering that the original phones used a small pin type charger, a microUSB is certainly most welcome as you may still have a lot of those cables around.

Now, if I probably gave this to my teenage nephew, he’d probably be pressing the power button immediately and wondering why the phone won’t turn on. That’s because you still have to open the back cover and insert the battery, as well as your sim card. Unlike the original Nokia phones that which could easily break your nail the new 6310 is a bit easier to open. For someone who owned a cellphone in the 2000s this will probably bring back memories of buying extra batteries as powerbanks were non existent back them.

Looking at the Nokia 6310 and checking out the original phone, there is actually little resemblance. The original one was long and slim, while this updated version looks even more retro because of its pudgy thick build, if it weren’t for its big color screen.

It does retain the elongated shape and rounded corners with the screen taking up almost half of the front side and sharing the remaining space with the keypad just below it.

Ah the long forgotten keypad. The feeling of pressing down actual physical buttons instead of just the haptic feedback was a feeling I missed, because back then you could actually send and reply to text messages without even looking at the keypad. I remember we even had games back then to find out who was the fastest “texter” and compose a message–fun times, but also made me feel old.

Old-school Nokia phones have a reputation for being damn-near indestructible but while I think the new 6310 is durable, it’s not the same rock-solid model of the aughts. So don’t think about using it as projectile or as some blunt weapon. But for accidental bumps and drops, I think it will survive, save for a few scuffs and scratches. The new 6310 is mostly plastic but is very well-made. The polycarbonate shell is almost seamless and has a matte texture so it’s grippy and can resist fingerprints. It’s also very compact and light at 98g, will easily slide in and out of your pocket.

As far as the menu and controls, I think its intuitive enough although I wont be surprised if Millennials or Gen Zs would keep tapping on the screen. So if you are below the age of 23 and reading this, the square directional key in the middle is used to move around the menu and you press it to select your choice. Press the two keys on opposite sides to select the action denoted above it. Usually to choose options or go back. Its not hard but it does take a bit of time to get used to for first time users.

On the main menu you’ll find messages, music, photos, a camera, videos, a radio, a voice recorder, an alarm clock, a calendar, a calculator, a file manager, settings, extras, some games (not free), a call log, dual sim settings, and contacts. There is a Facebook and Internet icon, so yes you could technically open your account and browse the internet but you’ll have to use data as it doesn’t have wifi connectivity and since you only get 3G its actually pretty much useless. Again remember that you are using this for a digital detox so its best for the simplest forms of communication like texting and calling.

That being said it’s easier to use this phone to call than to send text messages. You don’t have a full QWERTY keyboard so you’ll have to cycle through three to four letters for each number or use T9 predictive text, but that is if you are only sending English messages.

If you need even more thumb exercise or want to try out the most popular game before Candy Crush, the Nokia 6310 has Snake Xenzia–its not the original classic snake game but has the same objective and its just as fun and challenging. There are also a couple of other preinstalled games like Crossy Road and Doodle Jump which you need to download and purchase so its useless

Other features of the Nokia 6310 are a rear 0.3MP camera and a torch as flash, FM radio, a voice recorder, and music-listening capability.

The camera is not even 1MP so unless you are desperate and really need to take a photo maybe as a reminder, its actually not worth using.

The same goes for the voice recorder, which is more for just voice notes as you only have 16MB of storage (but it is expandable up to 32GB!). There’s also a music player, but my favorite has to be the FM stereo, (just make sure you have the earphones as it functions as an antenna for better reception)

The one thing the Nokia 6310 can beat any smartphone is when you need to call. Unlike android/ios phones where you have to swipe to unlock the screen, enter the passcode or use your fingerprint, look for the phone app, toggle between Recents, Contacts to access the dialer or keypad so you could key in the number. With the new 6310 I only had to press one button to unlock before typing the number, or I can just press the down button on the keypad to browse my contacts.

Call quality is clear and signal strength is good. As for the battery, it has a 1,150mAh capacity but can provide 19.45 hours of talk time and a standby time of 21.7 days–something that’s still impossible for smartphones.

So I did survive those couple of days and even used the Nokia 6310 during the weekdays, switching it to a secondary phone.

Overall, besides the novelty, the Nokia 6310 is a good option if you want to dramatically cut the time you spend on your smartphone when you are on vacation, or want to enjoy some quiet time. You can still be contacted in case of an emergency but you wont be bothered by a new cat video upload notification.

It is also a nice gift to your parents and grandparents who just want something they could use to stay in contact with you. For those running a logistics /delivery business, its a cheaper option to give to your employees so you could contact them whenever and where ever they are for updates. And if you don’t have a landline this could be a good option for your home.

Should Nokia keep on making these phones? Definitely Yes.
I still think there’s a market for feature phones, but I do wish they’d eventually make the next reboot look more like the original.

WIKO 10 REVIEW: A French Kiss or Just a smack on the cheek?

WIKO BUDS 10 REVIEW: BEST VALUE EARBUDS TO GET THIS 9.9 SALE? 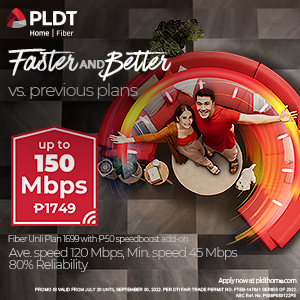