Gravity Game Hub (GGH) PTE.LTD, subsidiary of GRAVITY Co., Ltd. (NasdaqGM: GRVY) along with COO Robin Ng and CM Miko once again graced an event in the Philippines to hype Ragnarok Online’s community in the country.

They have gathered together at CONQuest Festival, an epic on-ground event held on 23 and 24 July 2022. With an attendance of more than 50,000, it is one of the largest Pop Culture, Tech and Gaming events in the Philippines.

As Gravity Game Hub makes an effort to intensify community events for all its players, various activities are prepared to make sure existing and new players will enjoy their stay.

Ragnarok Online GGH Players showed their support for the game as they came down to the booth to take part in the lucky draw. At 5 pm on both days, participants eagerly waited for a chance to be among the total of 10 winners picked via a raffle draw.

Prizes given are as follows:

On the 2nd day of CONQuest Festival, players shouted their hearts out as they showed their love for Ragnarok Online GGH. In response to the overwhelming enthusiasm of the crowd, GGH added 5 more Razer Barracuda White headsets as special event giveaways.

Ragnarok Online Cosplayers and Kafras were present at the booth ready for selfies. A pop up photobooth area is prepared, together with some of the all-time favorite monsters in-game that players can take pictures with. Players who participated in this activity received exciting prizes from Gravity Game Hub.

Awesome cosplayers of 3rd job classes showed off their Ragnarok Online costumes during both days of CONQuest Festival. Lord Knight, Shadow Chaser, Wanderer, and ArchBishop drew the attention of the crowd as these cosplayers brought their favorite characters to life.

A total of 4,000 codes were given away during the event, which players could use to redeem a pack of in-game essentials. These giveaways spurred Guild Leaders to drop by the booth, so as with players who have heard that ROGGH is giving away in game codes.

Gravity Game Hub sends appreciation to everyone who had visited and made the on-ground event a success. The gaming community can expect more events coming their way.

Xiaomi is launching a new “lite”

Get Cherry Mobile and Cherry Home products at the 8.8 Shopee Pay Festival 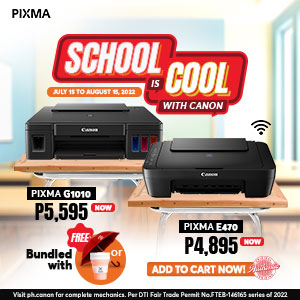 Xiaomi is launching a new “lite”

Xiaomi is launching a new “Lite” device in the Philippines. Fans can expect to see it…

Get Cherry Mobile and Cherry Home products at the 8.8 Shopee Pay Festival